Staff at a dental clinic in Tenerife have said that at least 50 Irish people have phoned or emailed their clinic to request a letter or email of an appointment and haven’t attended their appointments.

The increase in bookings has come after the government fined travellers €500 each, soon to be €2,000, for leaving the country without a “reasonable excuse”.

The clinic has said that they are willing to pass the details of the Irish people to the Gardia and local police.

Puzzled at Increase in Numbers

Roberta Beccaris, a receptionist at the clinic, said she was puzzled as to why so many Irish people wanted to attend the clinic, particularly considering they do not specialise in “dental tourism”.

“The last two weeks have been crazy. They were calling constantly and sending emails…

The only problem is that they don’t turn up. I receive 10 or 15 emails every day and today I have received even more.”

She said that that the calls and emails have increased over the past few days,  but that they are not responding to them anymore.

One of the appointments was made by a woman who claimed she was in severe pain from toothache – she booked the appointment for two weeks’ time on February 25th.

“If you are in pain, you are not coming to see the dentist in two weeks. It is just a way for them to travel. We are glad when tourists come, but this is not the right way.

If they were real patients, we would be happy to help, but unfortunately they are not. It is causing us problems because we are giving appointments to people who don’t need our care. They are wasting our time.”

She emphasised that “if we receive a request from the police we have all the information.”

Between 30 and 40 per cent travelling Have Dental Appointments

On RTE’s Prime Time programme, the National Immigration Bureau stated that on some flights out of Ireland, between 30 per cent and 40 per cent of people had dental appointments awaiting them.

The news of bogus dental appointments made by Irish people has even made the local newspaper in Tenerife.

Are you Looking for Immigration Advice?

This includes help for those looking to apply for an employment permit, Irish citizenship by descent and Irish passport applications. 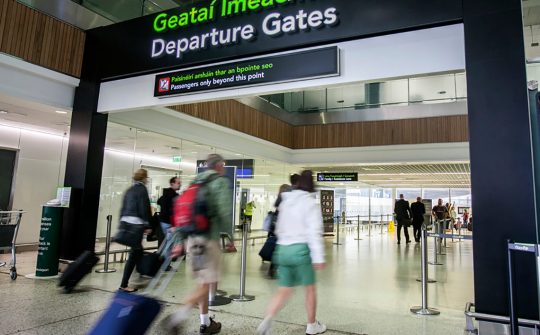 Those leaving Ireland without “reasonable excuse” will soon be subject to a €2,000 fine. [Image credit: dublinairport.com]