Emma De Souza has begun a campaign in the United States to challenge a court ruling which upheld that she is British and not Irish. De Souza will visit Philadelphia, Washington, New York and Boston over a period of 10 days.

De Souza, a Northern Irish citizen, is seeking to draw attention to her case and to receive support in her bid to pressure the UK government to change its nationality laws. 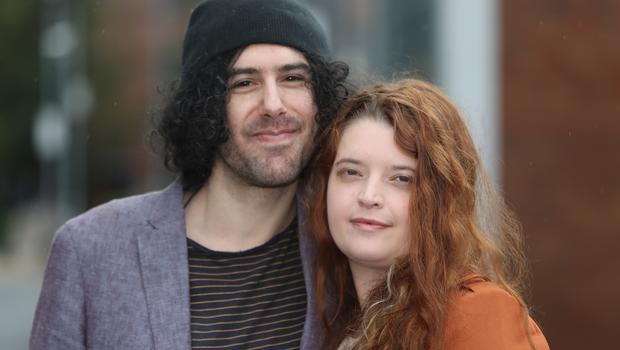 Emma De Souza has taken her campaign to the U.S. Image: Belfast Telegraph

How did we get here?

The Good Friday Agreement of 1998 stated that Northern Irish citizens could identify as British, Irish or both. The agreement guaranteed the right for Northern Irish people to have British or Irish citizenship (or dual), which was accepted by both British and Irish governments.

In 2015, De Souza applied for a residence card for her US-born husband Jake to live and work in Northern Ireland. In the application, De Souza identified as an Irish citizen.

The application was rejected as the Home Office considered De Souza to be a British citizen. She was informed that she could reapply, identifying as British or, alternatively, renounce her British citizenship and reapply as an Irish citizen.

However, De Souza refused to renounce her British citizenship (or apply as a British citizen) as she doesn’t consider herself to be British. She claimed she could not renounce a citizenship she never had. Initially, an immigration tribunal ruled in De Souza’s favour.

In October of 2019, the Home Office won an appeal against the original decision. UK government lawyers argued successfully that the British National Act 1981, which ruled that Northern Irish citizens who identify as Irish are still British under law, superseded the 1998 Belfast/Good Friday Agreement.

Has the Belfast Agreement Been Ignored?

De Souza has been clear in her opinion: “The UK Government has failed to give domestic legal effect to a key provision of the Good Friday Agreement

“Fundamental change is required and political pressure must be brought to bear on the British government.

“The Good Friday Agreement gives the people of Northern Ireland an explicit right to identify and be accepted as Irish or British or both, as they so choose.

“The British Government’s position is out of step with this commitment and its nationality laws are inconsistent with both the letter and the spirit of the Good Friday Agreement.

“Fundamental change is required and political pressure must be brought to bear on the British Government.”

We await to see what comes of De Souza’s trip to the United States.

One Year On: The ‘Reform Stamp 3’ Campaign Still Has Work to Do
Huge Desire for Irish Passport as Post-Brexit Immigration Rules Loom