New figures have shown that more than 1,000 people were refused entry to the Republic of Ireland on the grounds that they could travel to the UK through Northern Ireland.

In 2019, 525 were denied entry at ports over the border either solely or partially on the grounds that they may travel onwards to Northern Ireland from the Republic and may not meet UK immigration rules. In 2018, online media outlet Vice reported that 505 people were refused entry on the same grounds.

Brazilian and American citizens were the nationalities refused the most over the two years, accounting for more than 40% of cases.

Since the 2016 Brexit referendum, there have been questions about the role the Republic will play in securing its “common travel area” with Britain, including how the UK would maintain an open border with Ireland, whilst also tightening its own borders.

The possibility that someone could continue their journey onto the UK from Ireland was the fourth most common reason for refusal into Ireland.

One particular case came to prominence last September when an American man was refused entry through Ireland en-route to a 10-day trip to see his wife and young children in Omagh. The couple had already been forced to live apart for over a year at the time of the incident, as they were unable to meet the requirements of the UK’s family visa policies.

UK Freedom of Movement to End in January

A Belfast-based human rights organisation, the Committee on the Administration of Justice, explained to Vice News that the policy has “always been shrouded in secrecy”.

“The sub-contracting of UK immigration controls to Irish officials is going to be highly politically controversial… “But that does not mean the standards of transparency in a democratic society regarding policy that fundamentally impacts on rights can just be set aside.”

Meanwhile, the Republic’s Department of Justice told Vice News that co-operation between the UK on immigration is “essential” and said that Irish immigration “looks at all the evidence available before reaching a decision”, and that this will continue post-Brexit.

A spokesperson for the UK Home Office said:

“The Government has agreed with the EU that the UK and Ireland can continue to make arrangements between themselves with regards to travel under the Common Travel Area, which predates membership of the EU.”

If you are looking for any immigration advice regarding travelling into Ireland, the Immigration Advice Service is here to help.

We deal in all areas of Irish immigration law, including short-stay visas. We can help you to reach the outcome you are looking for. 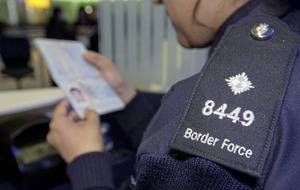 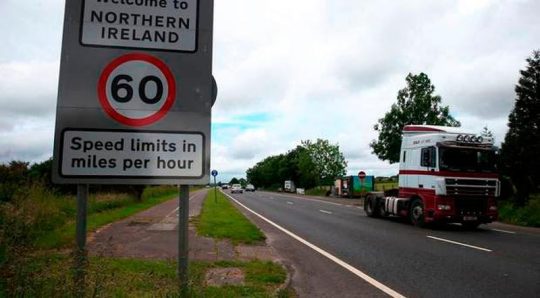 The Department of Justice has said that Co-operation between UK immigration officials in Northern Ireland and the Republic is essential. [Image credit: Belfast Telegraph]