On 14th May 2020, a landmark change to the UK immigration rules occurred, making it that dual Irish and British citizens born in Northern Ireland will now be identified and treated as EU citizens with regards to immigration.

This follows the complex case of Emma DeSouza and her US-born husband, who appealed against the Home Office after they rejected Mr DeSouza’s application for EU Settled Status as the spouse of an EU citizen.

The Home Office initially claimed that the EU Settlement Scheme was not open to the family members of those with British citizenship, recognising Ms DeSouza as legally being a British citizen as well as an Irish citizen – therefore denying her the status of an ‘EU citizen’.

The Good Friday Agreement and Brexit

Yet Ms DeSouza appealed against this on the grounds that she has never identified as a British citizen – only an Irish citizen – in accordance with the Good Friday Agreement which outlines that Northern Ireland-born citizens can choose to identify as British, Irish or both. 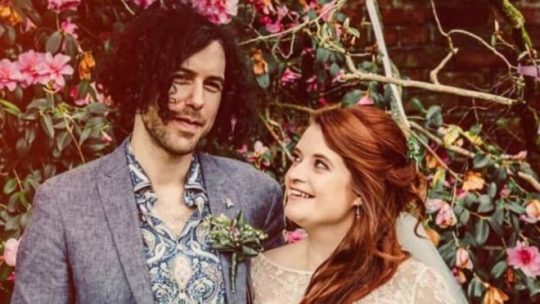 Emma DeSouza with her husband, Jake. Their battle against the Home Office first commenced in 2017. [Image: BBC]

This demonstrably shows that, prior to this new amendment to the UK immigration rules, those born in Northern Ireland were considered solely British for the purposes of immigration.

However, now, the Home Office has amended its immigration rules in light of Ms DeSouza’s case to show that Irish and British citizens born in Northern Ireland will be treated as EU citizens with regards to immigration.

This therefore allows the family members of Northern Ireland-born citizens to apply for residency in the UK under the EU Settlement Scheme; the new rule is due to take effect on 24th August 2020.

It is important to note, however, that those who wish to apply for the EU Settlement Scheme only have until 30th June 2021 to do so.

This certainly comes as a welcome change for Northern Ireland-born citizens who wish to secure residency rights in the UK for their non-EEA family members without being subject to the stringent family immigration rules that apply to British citizens.

Instead of having to apply for the far most costly Spouse Visa, for example, Ms DeSouza and other Northern Ireland-born citizens are able to sponsor their family members under Appendix EU.

Those who wish to apply for the EU Settlement Scheme only have until 30th June 2021 to do so.

What this means is that those who are eligible as the family members of relevant Northern Ireland citizens are able to apply for permission to remain in the UK under the EU Settlement Scheme, therefore avoiding costs such as the NHS surcharge, along with strict requirements such as the financial and English language requirement.

Ms DeSouza celebrated her victory, saying: “It is incredibly satisfying to be considered as EU citizens and will be a great help to all the other families in my situation.”

However, she also noted that there is still a significant way to go: “While this is satisfying, it has not given legal effect to the Good Friday Agreement right to be Irish. Ireland updated its immigration laws to bring them into line in 1998 but the British did not,” said de Souza. “It is still an uphill battle.”

COVID-19: Updates on Quarantine, Travel and Visa Renewals in Ireland
Significant Decrease in Applications for Asylum in Ireland