Venezuelans in Ireland have called on the government to let them renew their permission to live in the State using expired passports. The calls have come due to immigration services stopping completely in their home country, leading to extension stamps becoming “almost impossible to obtain”.

Juan Pablo Ayala has co-founded a campaign to raise awareness of Venezuelans who are caught in limbo. He wants to highlight the barriers to visa renewals which Venezuelans face, with waiting times for a new passport taking up to two years.

Speaking to the Irish Times, My Ayala said:

“We are scared, we don’t know what to do and we depend on these documents…we could lose everything we’ve done. Plenty of these people have lived here for so long.”

Any non-EEA national who is living and working in Ireland must provide a valid and in-date passports as part of the application process of renewing their immigration permission. However, at a time of political and economic crisis, not to mention the Covid-19 pandemic, securing a new passport has become almost impossible for Venezuelans living abroad.

This has led to a situation where some Venezuelans are reluctant to submit their expired passport to the government for consideration, because of the fear of being deported due to expired documentation. Many fear losing their permission to work in Ireland, according to Mr Ayala.

Email to Minister of Justice

Mr Ayala’s group represents nearly 180 Venezuelans who are all concerned about their immigration status in Ireland. In July, the group sent an email to Minister for Justice Helen McEntee which called for a “general policy of granting Venezuelan citizens living in Ireland the possibility of renewing their IRP card” even after their passport has expired and “offering a sufficient extended permission period for us to be able to do our due diligence in order to obtain our new passports or extensions”.

For instance, the UK immigration office announced that Venezuelan passports which expired on or before May 2019 “may be considered valid by UK for 5 years beyond their expiry date”.

Mr Ayala is pushing the Irish government to follow suit and offer similar allowances to Venezuelans living in Ireland.

“Keen to do What we Can”

The spokesman went on to explain that a six-month immigration permission can be issued, pending the receipt of a new passport.

He also said that the department looks at cases of undocumented and illegal persons in the State on a “case by case basis and has consistently urged anyone in this position to come forward if they wish to apply to regularise their position”.

If you are worried about your immigration status in Ireland, please do not hesitate to get in touch with us. The Immigration Advice Service is here to provide expert immigration legal advice.

We can help you to renew your permission to reside in Ireland and secure your status in the State during these difficult times. 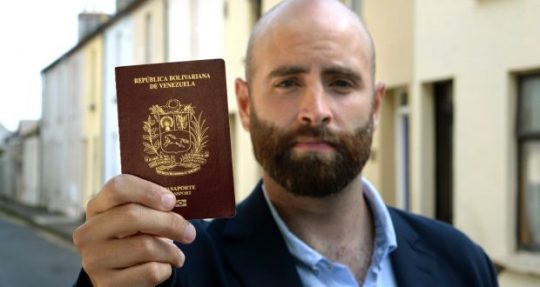 Juan Ayala (pictured) co-founded a campaign to raise awareness of Venezuelans who cannot renew their passports because immigration services in their home country have “stopped completely”. [Image credit: Irish Times] 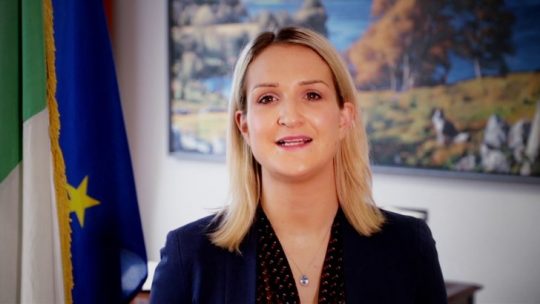 Mr Ayala sent an email to Minister for Justice Helen McEntee (pictured) in July calling for a policy to enable Venezuelans to renew their status in Ireland with expired passports. [Image credit: Irish Catholic]