Asylum seekers in Ireland will benefit from changes to rules surrounding work eligibility. The Department of Justice announced that people seeing international protection in Ireland will now be able to apply for permission to work after six months, down from the previous nine months.

Also, the work eligibility will last for twelve months rather than six in another change to current immigration rules concerning asylum seekers.

“Since its introduction in June 2018, access to the labour market has had a very positive impact for international protection applicants and employers.”

“Giving eligible applicants the opportunity to work earlier, and extending their permission to work to 12 months, will help even more people to integrate into Irish society while providing for themselves and their families outside of the State’s directly provided services and supports…

“It also helps people to plan and prepare for their future if they receive a positive decision on their application for international protection.”

The announcement last week was made after an internal review which ran in parallel with the work of the Advisory Group.

Those who are eligible for the labour market access permission are able to work in all sectors of employment and occupations, with the exception of those that require a long-term resident or citizenship document, such as the Irish Defence Forces, the public sector and Garda Síochána.

The changes which have been brought in this week cover all applications for permission to work from January 18 onwards.

At the time of writing, the Department has issued permission for work to 6,006 asylum seekers, including 4,569 to people in Direct Provision.

Are you Looking for Immigration Advice?

If you are looking for any immigration legal support or application assistance, the Immigration Advice Service is here for you. With a wealth of experience in the field, we understand the complexities of Irish immigration law.

Whether you are looking to apply for a visa or extend your current residency permission, we are here for you. 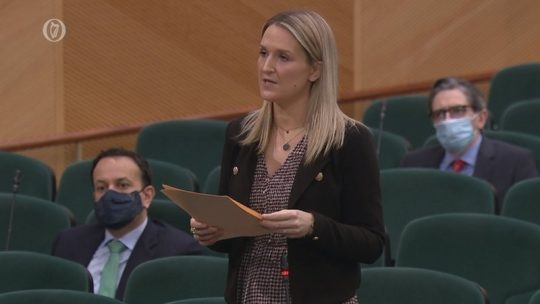