The value of Ireland’s Immigrant Investor Programme has increased exponentially since its inception in 2012. The programme was designed to attract significant external investment in key priority areas in return for permanent Irish residency (also known as the Stamp 4 immigration category).

The Irish Times reports that Chinese nationals have been the largest contributors to the programme, with over 1,088 successful individual programme applicants to date. The US, Vietnam, and Saudi Arabia provided the next highest number of investors (with 21, 7, and 4 individuals respectively).

Since 2012, there have been investments of €249 million placed into the area of social housing, as well as €165 million into the nursing home sector. As well as this, over €108 million has been invested in the hospitality and tourism industry.

Value of the Immigrant Investor Programme to Ireland and individuals

In its first year of operation, the Immigrant Investor Programme brought €1.5 million in investment to Ireland and has seen a significant number of applications every year since. The most successful year of the programme came in 2017 when a total investment amount of €253,700,000 was approved.

The country with the fastest growing number of applicants is Hong Kong, which has had a 300% increase in applications between 2019 and 2020.

The Immigrant Investor Programme was launched in 2012 following the recession as a means of bringing investment into key Irish sectors. The scheme is open to qualifying individuals from non-EEA countries.

Stipulations of the programme include a lawful personal wealth of at least €2 million, clean criminal record, a due diligence report from a risk management agency, and a statement of good character from the police authorities of the country of origin. This means that many applicants will be high-net-worth individuals

The primary goal of the programme is to draw investment of €1 million into an Irish enterprise for a minimum of three years. There are numerous benefits for a successful investor from a non-EEA country.

As the only primarily English-speaking country in the European Union, there are many opportunities for business and education, with links between institutions in the US and UK. As Ireland has a Common Travel Area agreement with the UK, Irish citizens may live and work in the UK without restrictions.

Benefits of the programme for investors

As an EU member state, Irish residents enjoy the many benefits of EU Treaty Rights. Furthermore, being granted an Irish passport means that holders can travel to over 186 countries and territories without applying for a visa.

While the strength of passports changes regularly, Ireland’s passport is currently ranked as 6th in the world, behind the US and the UK in terms of access. Since the implementation of post-Brexit immigration rules, there has been a major increase in Irish passport applications from UK citizens.

As well as the powerful rights granted to Irish citizens as a result of their proximity to the UK and Europe, the quality of life for Irish residents is one of the driving factors for Irish visa applications. According to the 2019 United Nations Human Development Index, Ireland ranked second in the world (following Norway).

Would you benefit from expert immigration advice?

The Immigration Advice Service provides expert advice and support on all aspects of immigration applications. For immediate assistance, contact our advisers to discuss your case.

We provide support in the areas of Irish immigration stamps, employment visas, and Irish citizenship. For all our full range of application packages, read more here or give us a call on +353 (0) 61 518 025. 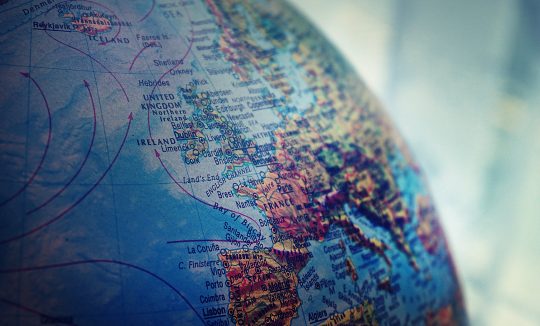 Since 2012, the Immigrant Investor Programme has proven extremely valuable to a number of key Irish industries.