Two Irish men have been charged as part of an investigation into alleged human trafficking.

Wayne Sherlock, 39, and Eoin Nowlan, 48, were arrested in Dover after 10 people were discovered in a lorry in the city of Ghent in Belgium. It is believed that two adults and eight children from south-east Asia were found in the lorry.

The 64-year-old driver of the vehicle was arrested by Belgian authorities, as well as a 30-year-old man in Antrim, Northern Ireland.

The driver of the vehicle has been remanded in custody and the Northern Irish man has been released on bail following questioning by National Crime Agency (NCA) officers.

Sherlock and Nowlan have both been charged with alleged conspiracy to facilitate illegal immigration. They were remanded in custody following a hearing at Canterbury Magistrates’ Court in Kent on Saturday 7th March.

Two properties in England and Northern Ireland were also searched by NCA officers as part of the operation, and two suspected firearms were seized in the Kent raid. 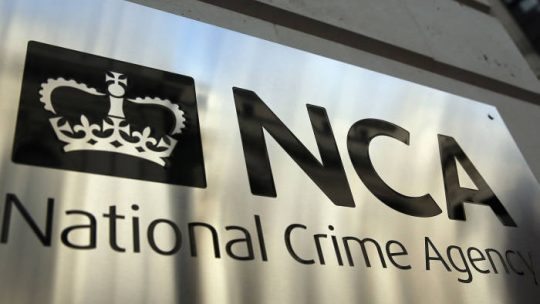 “Our close working with our Belgian partners in this instance has led to the safeguarding of a number of migrants who had been put in a very dangerous situation, and we are grateful for their support. The trafficking victims would most likely be forced into accommodation that has fallen into a state of housing disrepair that is unfit for humans.

We have seen only recently in Essex the tragic consequences which these types of attempts can have. Working with partners at home and abroad, we are determined to do all we can to disrupt and dismantle criminal networks involved in illegal immigration, and our investigation into this matter continues.”

There was also comment from Belgium about the case.

“Working with partners at home and abroad, we are determined to do all we can to disrupt and dismantle criminal networks involved in illegal immigration, and our investigation into this matter continues.”

“This kind of human smuggling is very dangerous, and the operation proves once more that international cooperation works in the fight against this type of organised crime.

The contacts between the British NCA and Belgian Federal Judicial Police, maritime police and prosecutors have become more intense in recent years.

In the fight against human smuggling, the UK is obviously an important partner as being the country of destination.”